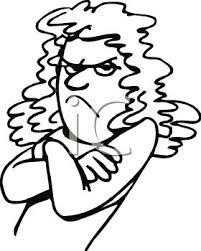 I’m trying reeeeally hard not to pout today people, but the weather is not cooperating! It’s as if the elements are in cahoots with the nasty, little gnome inside me that sits and changes the gears on my emotions from day to day, and have decided that I’ve been waaay too happy lately, and well… something has just got to be done about that! You know… As if that’s completely unacceptable! Right now I should be showering to get ready to go riding and start my day with some bloody-mary’s, but nooooo… here I sit with you guys drinking coffee, with nary an ounce of liquor in the cup.

My husband woke up around six due to the pooches stirring. I do not let them out first thing in the morning. That is not my job. He does, because it’s his. Though very groggy from staying up late reading in bed, I was still under the assumption that we were taking out the scoot today, so I asked him to start some coffee for me. This too is not my job, although I am the only one that drinks it. I have trained the last four men that have been in my life for the past twenty years to make my coffee, and only one of those four actually drank it. If you had to live with me you’d realize why. All found early on that an ‘ounce of prevention is worth a pound of cure’. No one wants me moving around interacting with them till I have a cup a’ joe in my hand. My mother always used the phrase “Pretty is as pretty does.” Make no mistake, I AM ONLY PRETTY ON THE OUTSIDE! 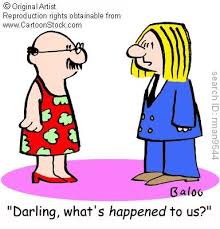 Now I didn’t actually open my eyes till I heard the tv go on and spied him setting a carafe of coffee and cup on the nightstand next to me. Till then I’d been Snoozy Lou-zy, and still unaware that there was rain sprinkling on the lawn. Yeah, that all changed about thirty seconds later. Good thing I had that fucking coffee, huh? See, there’s a reason why he does that for me!  My first reaction was a scowl. My next was slumping back against my pillow with a frown. My husband crawled back in next to me and we watched the weather on the news. A few minutes later he was snoring softly, and I was wide awake, throwing on my robe, and cursing under my breath all the way down the stairs.

Okay, so here I sit now having reconciled myself to the fact that  our plans have been foiled. We could take the bike out and chance it, but the last time we did that we had to literally dump water out of our riding boots and wring our socks out after getting home. There’s nothing pleasant about needles of rain pelting you in the face as you’re going down the highway. Those so-called die-hard’s that think there is are lying through their damn teeth! A few other things that Lou doesn’t do anymore, because she’s old and doesn’t give a shit about impressing anyone, and/or looking like a hardcore-backseat-biker-bitch/road-warrior-woman: I don’t punish my bad back by riding on the scoot for longer than an hour before stopping to stretch and get a cocktail. We do not own a Road King–which is similar to riding a damn recliner on the road–we have a 75′ Shovelhead with ape-hangers that after a very short duration of time begins to feel like your somewhat straddling a two-by-four without shocks. I do not go to rally’s and sleep in tents with sweaty, drunken bikers, shower in facilities that are remarkably similar to urinals in poor taverns, and poo outdoors. I have paid my dues sharing sleeping quarters and latrine facilities with my fellow brethren for the sake of a party, and this no longer interests me. I want a clean room with a mattress, private bath, and preferably cable…or I’d rather sit my ass at home, thank you very much. I also have no interest in going for a ride when the wind is trying to knock me off the scoot like I’m Dorothy in The Wizard of Oz, the heat is so unbearable I’m pulling damp panties out of the crack of my ass, or it’s forty damn degrees and I crawl off the bike after riding on the interstate to find my legs feel like two pillars of blistering ice. Riding is supposed to be a pleasant experience where you can enjoy your surroundings, and I find no enjoyment from enduring any of these things. Sooooo….

Ah, hell. I suppose I could always kill a little time till I figure it out. “Save a Harley ride a Biker” Yeah, that’s part of his job description too!